A SQUID 2000 sparker from Applied Acoustics is used to acquire high-resolution seismic profiles in several hundred meters of sediments. This instrument is composed of two principal components: a series of hydrophones and a catamaran with the source (up to 2.4 kJ) composed of several series of electrodes. Data acquisition and processing can be performed in real time with the DA2000 CODA acquisition system. The laboratory also has a SQUID 500 (up to 500 J). 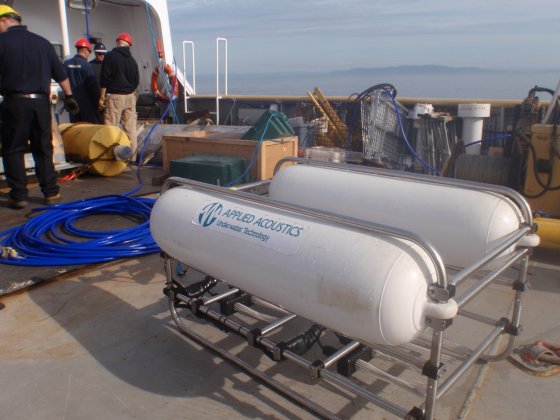 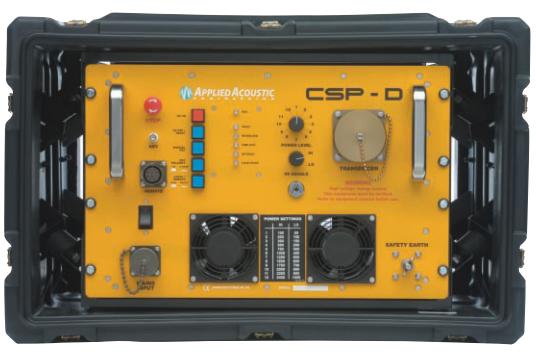 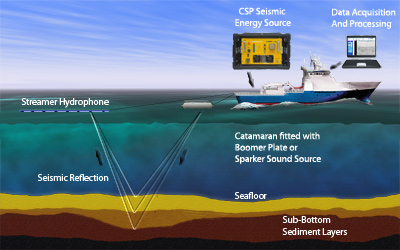