An important part of the research conducted in the laboratory is aimed at reconstructing secular and millennial scale variations of Earth’s magnetic field during the Quaternary from marine and lacustrine sediment cores collected in Eastern Canada, the Arctic, Antarctica, Asia and the Southern Hemisphere. These reconstructions are used to determine the high frequency dynamics of Earth’s magnetic field, understand rapid geomagnetic field changes and the recent migration of the North Magnetic Pole, but also to determine the influence of the geomagnetic field on the modulation of cosmogenic isotopes such as 14C and 10Be: two isotopes generally associated with solar variability at the centennial to millennial timescales. 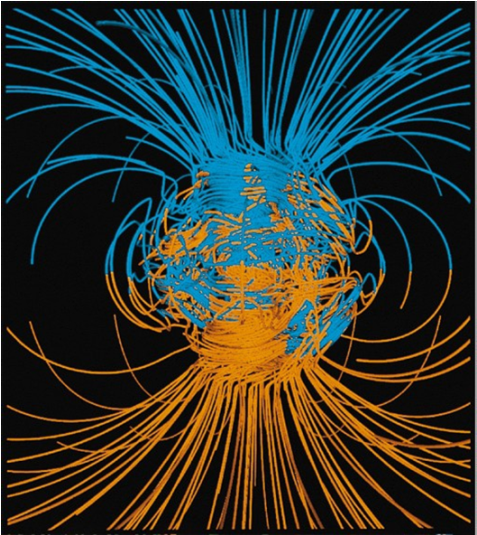 Lines of force of the geomagnetic field. From Glatzmaier and Roberts (1995).