An important part of the research performed at the laboratory employs geophysical methods and detailed sediment core analysis to investigate the sedimentary processes of several marine and lacustrine areas around the globe. The research is also aimed at identifying, distinguishing and dating sedimentary sequences associated with natural hazards such as landslides, floods and earthquakes during the Quaternary in Eastern Canada, the Arctic and the Southern Hemisphere. The goal is to determine the natural frequency of such natural hazards. 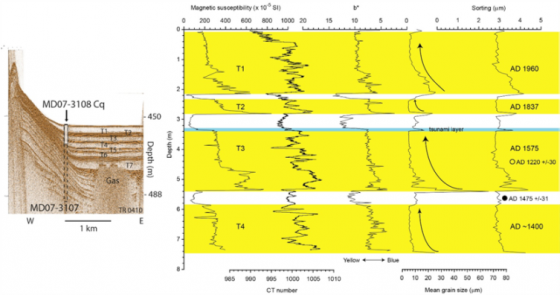